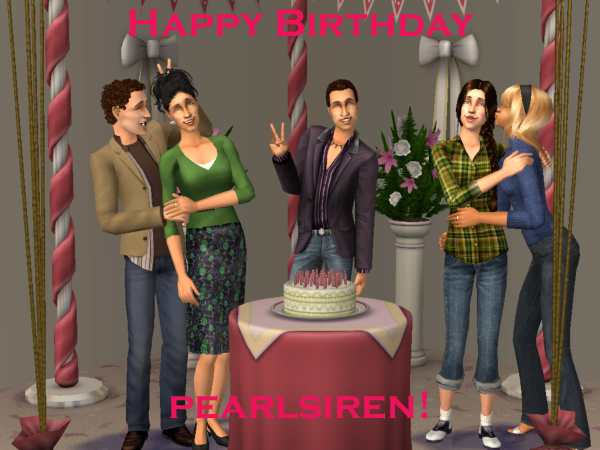 Best birthday wishes from Alex, Kaylynn, Patrick, Phily, and Meadow!  We all hope you have a great day.

Okay, I'll confess that I haven't played much on the legacy as of late.  There are a couple of things that I need to sort out before I can start to play/shoot.  So I've been doing other stuff instead.  And this has led to what you're about to see.

I've been watching the latest dare over on

maxis_taste , which is Prom.  Ah, prom.  And then I went to get my hair cut and colored on Saturday, and there were a bunch of giggling girls there getting their hair styled into curly updos for their big nights.  Of course, this led to me reminicing with my stylist about my prom hairdos, the dances themselves and the year I student-taught and chaperoned the prom (oh, the horror of going to the dance in the same dress as your chaperone!).  And I got to thinking, wouldn't the teens of Simsfield have so much fun if they were to go to prom?  Sadly, proms are a more modern invention, so there was no chance of a 1910 themed event.

But I've transported my sims to modern times for other events, so why not this?  I build a high school gym (even though I know most proms are held in hotels or function centers now, but they're so generic), gave everyone the appropriate makeovers, put in a DJ and let them party.  And now you get to enjoy the picspam from the event.

A quick warning:  There is spoilers.  I couldn't bear not to have all of gen 6 there, and I also coudln't bear to send anyone stag.  So everyone from generation 6 is there, and they're all there with the people that they will eventually marry in story.  So if you want to wait and see who ends up with who, don't click on the cut.  That is all. 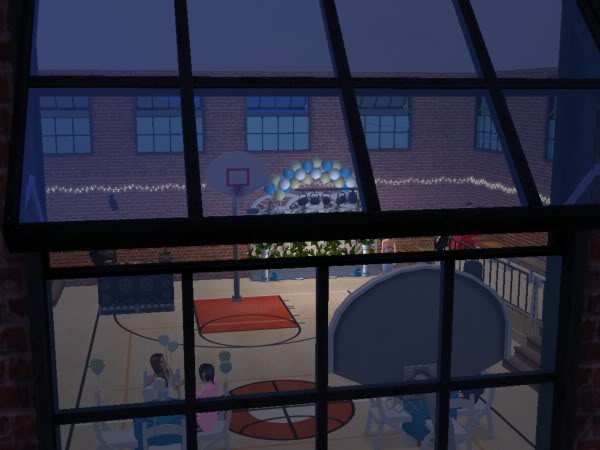 You are cordially invited to attend the Simsfield High School Prom.