With one of my three classes now finished, I've had a bit more time to work on CreMo this week.  And progress has happened.

Goal Part 1: To finish my Trailer Park Challenge
I played up until the point where I needed to have my heir poll, posted that portion of the update, and the heir poll happened and has concluded.  Clyde, kid #3 is the winner, so I have roughly 8 Sim days left to play before he grows up to an adult and the challenge is finished.  Then I'll need to write up the last part, and this will be done.  With any luck, I'll get some playing done this weekend, so maybe this part will be done by the end of next week.

Goal Part 2: To publish my second war chapter
73/90(??) slides written; 0 filmed.  I've made some good progress here on the writing, but if I want to get it out by the end of the month I really need to start filming.  I may get started on that this weekend, as I can film stuff at the beginning of the chapter without really needing to know what the ending is.

Things are moving along nicely.  What I need to do now is crack open the game and start taking pictures. 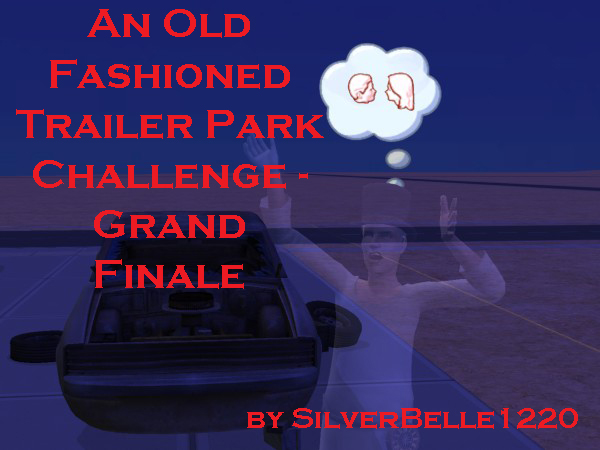 “You! Creator lady! Have you had enough of torturing me?”

Welcome to the grand finale of the Bradford Trailer Park Challenge. We have our final heir, and now we just need to wait for him to become an adult, and it’s all over! But first, another detour to one of the spare households.